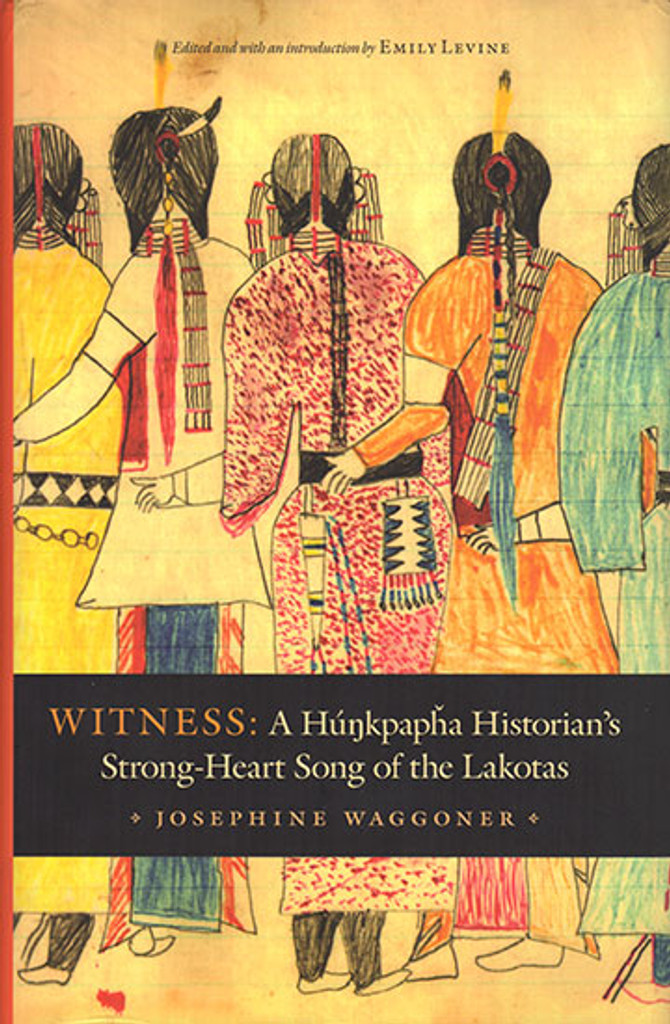 Witness: A Hunkpapa Historian's Strong-Heart Song of the Lakotas - Book

During the 1920s and 1930s, Josephine Waggoner (1871-1943), a Lakota woman who had been educated at Hampton Normal and Agricultural Institute in Virginia, grew increasingly concerned that the history and culture of her people were being lost as elders died without passing along their knowledge.

A skilled writer, Waggoner set out to record the lifeways of her people and correct much of the misinformation about them spread by white writers, journalists and scholars of the day. To accomplish this task, she traveled to several Lakota and Dakota reservations to interview chiefs, elders, traditional tribal historians and other tribal members including women. Published for the first time and augmented by extensive annotations, Witness offers a rare participant's perspective on nineteenth- and early twentieth-century Lakota and Dakota life.

The first of Waggoner's two manuscripts presented here includes extraordinary firsthand and as-told-to historical stories by tribal members, such as accounts of life in the Powder River camps and at the agencies in the 1870s, the experiences of a mixed blood Hunkpapa girl at the first off-reservation boarding school and descriptions of traditional beliefs. The second manuscript consists of Waggoner's sixty biographies of Lakota and Dakota chiefs and headmen based on eyewitness accounts and interviews with the men themselves. Together these singular manuscripts provide new and extensive information on the history, culture and experiences of the Lakota and Dakota peoples.