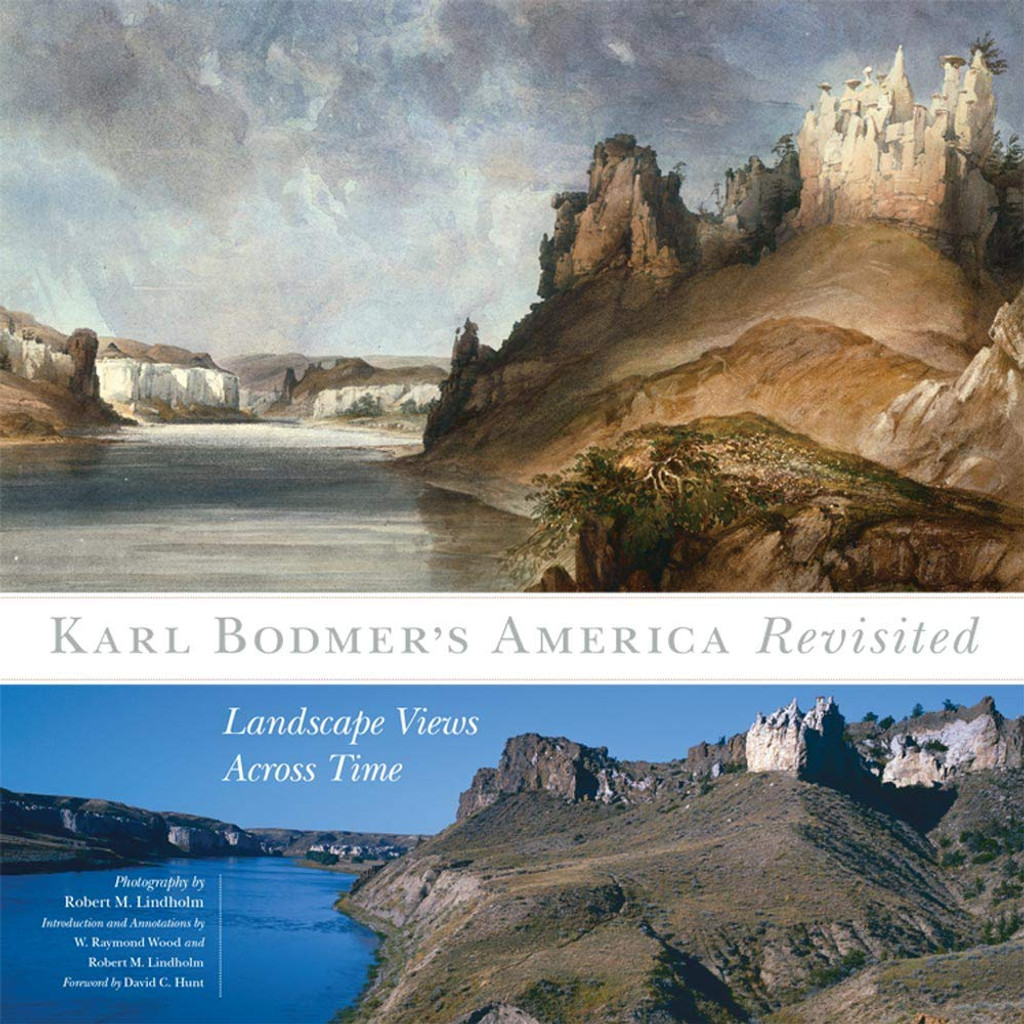 Less than thirty years after Lewis and Clark completed their epic journey, Prince Maximilian of Wied—a German naturalist—and his entourage set off on their own daring expedition across North America. Accompanying the prince on this 1832–34 voyage was Swiss artist Karl Bodmer, whose drawings and watercolors—designed to illustrate Maximilian’s journals—now rank among the great treasures of nineteenth-century American art. This lavishly illustrated book juxtaposes Bodmer’s landscape images with modern-day photographs of the same views, allowing readers to see what has changed, and what seems unchanged, since the time Maximilian and Bodmer made their storied trip up the Missouri River.

To discover how the areas Bodmer depicted have changed over time, photographer Robert M. Lindholm and anthropologist W. Raymond Wood made several trips over a period of years, from 1985 to 2002, to locate and record the same sites—all the way from Boston Harbor, where Maximilian and Bodmer began their journey, to Fort McKenzie, in modern-day western Montana. Pairing sixty-seven Bodmer works side by side with Lindholm’s photographs of the same sites, this volume uses the comparison of old and new images to reveal alterations through time—and the encroachment of a built environment—across diverse landscapes.

Karl Bodmer’s America Revisited is at once a tribute to the artistic achievements of a premier landscape artist and a photographer who followed in his footsteps, and a valuable record of America’s ever-changing environment.

Ecology of Dakota Landscapes Past, Present, and Future (book)