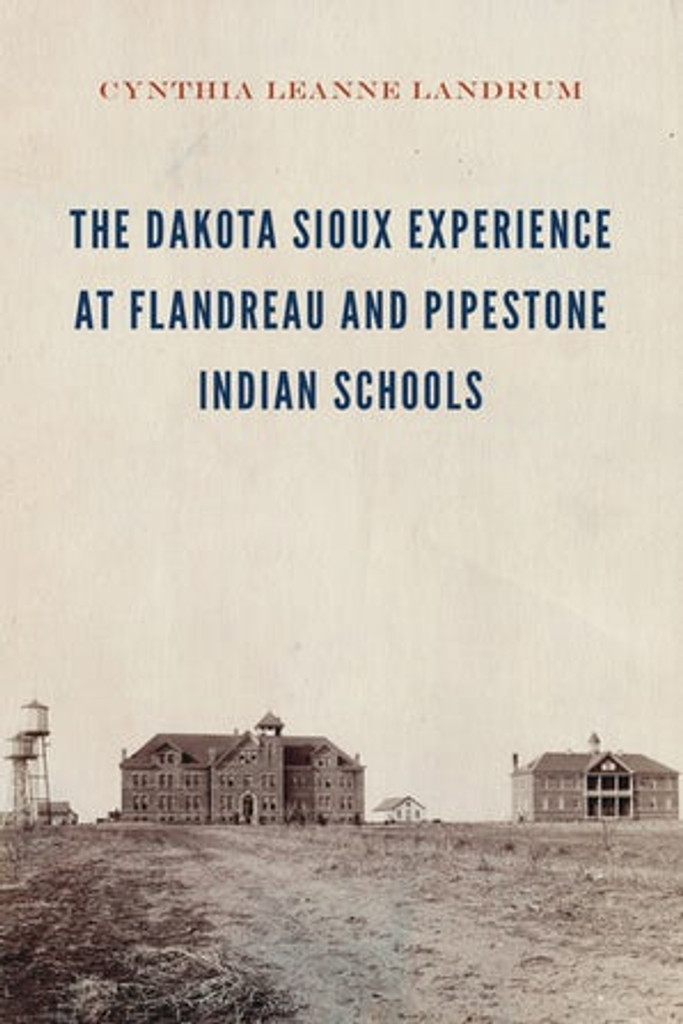 The Dakota Sioux Experience at Flandreau and Pipestone Indian Schools illuminates the relationship between the Dakota Sioux community and the schools and surrounding region, as well as the community’s long-term effort to maintain its role as caretaker of the “sacred citadel” of its people.

Cynthia Leanne Landrum explores how Dakota Sioux students at Flandreau Indian School in South Dakota and at Pipestone Indian School in Minnesota generally accepted the idea that they should attend these particular boarding institutions because they saw them as a means to an end and ultimately as community schools. This construct operated within the same philosophical framework in which some Eastern Woodland nations approached a non-Indian education that was simultaneously tied to long-term international alliances between Europeans and First Peoples beginning in the seventeenth and eighteenth centuries.

Landrum provides a new perspective from which to consider the Dakota people’s overt acceptance of this non-Native education system and a window into their ongoing evolutionary relationships, with all of the historic overtures and tensions that began the moment alliances were first brokered between the Algonquian Confederations and the European powers.