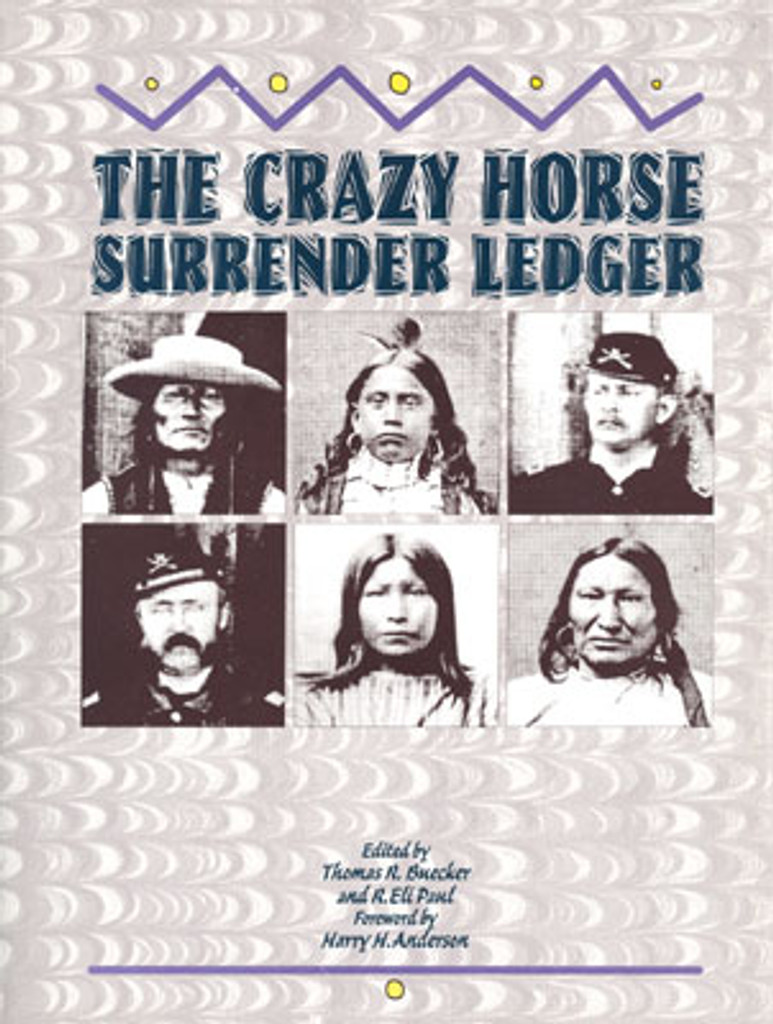 Our fascination with George Armstrong Custer, the Seventh Cavalry and the Battle of the Little Big Horn shows no signs of abating. Scholars have prepared complete rosters and gathered detailed biographies on every soldier participant in the battle. Few counterparts exist for the Indian victors, though the old ledger reproduced here provides a starting point to correct this historical oversight. Here can be found the name of the famed Oglala warrior Crazy Horse and - for the first time - a detailed list of his followers, veterans of the Little Big Horn battle and of the Sioux War of 1876-77.

As the Sioux War drew to a close, many Indian bands drifted into the agencies under pressure from pursuing army field commands. Military censuses of agency residents were expanded to include detailed registration of these surrendering bands. From these circumstances the material presented here under the title The Crazy Horse Surrender Ledger came into being. The ledger, prepared under the supervision of two young army lieutenants, contains the administrative statistical record of Indian tribes living at the Red Cloud Agency, located near Camp (later Fort) Robinson in Nebraska. The result is the most expansive list seen to date of Indian participants in these dramatic struggles.