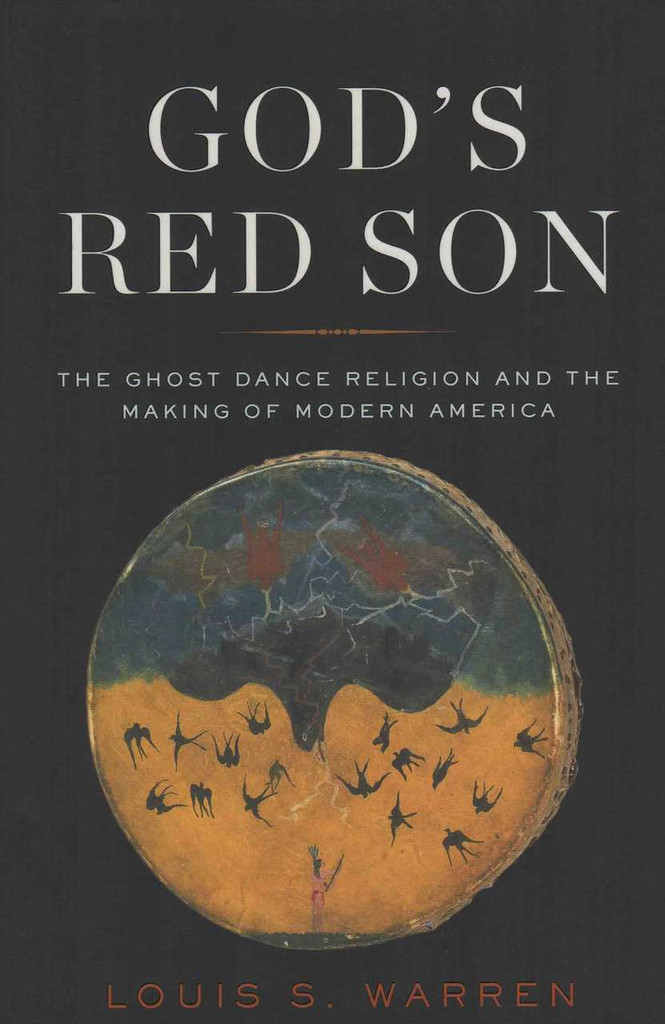 On New Year's Day, 1889, a Northern Paiute named Wovoka awoke from a reverie proclaiming that God had shown him a new dance that would help bring peace and eternal youth to Indians.  Soon after, Indians across the American west were joining hands in large circles, whirling until they collapsed into trances; upon waking, many proclaimed that they had seen the Indian messiah, who would restore believers to an unblemished earth, teeming with buffalo and horses.

In "God's Red Son", price winning historian Louis S. Warren argues that the Ghost Dance was in face a modern religion that helped believers navigate a rapidly changing world.  Uncovering long-hidden teachings of Wovoka, and tracing their journey along mail routes and train tracks to reservations across the Plains, Warren reveals how the religion inspired American Indians to survive and shape the modern world while retaining their identity.  The Ghost Dance endured long after Wounded Knee, helping to remake both Indian religion and American anthropology and paradoxically expanding notions of religious tolerance.

The Ghost Dance was no romantic “last stand” by Natives wanting to return to the past, and it did not die at Wounded Knee. In the teachings of the Ghost Dance, the Messiah, Christ, and at times even Jesus would save the faithful and take them to an earth renewed. In order for this to happen sooner, people had to dance and live right. Wovoka taught the Dancers that they were to tell the truth, not to steal, love one another, and to work for the white man, in other words, to work for wages.  These teaching have been widely ignored by historians and writers.  As the Ghost Dance spread some leaders expanded the teachings to include sending their children to school, attending Christian churches, and to farm. Only in this way would “He” come from heaven to redeem them. The Ghost Dance was thoroughly a peaceful undertaking.  The evidence remains that the new religion preached the acceptance of government demands while retaining Indian identity, community, and resisting assimilation.

In the year of 1890, drought had baked the earth bare.  On Indian reservations, the land was poor and had little game. It’s not surprising Indians turned to a new faith. It was an evangelical revival that combined ancient beliefs with the new teaching.  All that fall, Indians danced from the Southwest to Canada as well as from the Sierra Nevada to Oklahoma.  The Ghost Dance helped many believers to accept conquest while firming their resolve to resist assimilation.

GOD’S RED SON is a book of three parts:

GOD’S RED SON also has an epilogue titled BEGININGS that I found very interesting. GOD’S RED SON is a book in detail. The author of this book has been referenced by two writers on two different subjects in “A WHIRLWIND PASSED THROUGH OUR COUNTRY” by Rani-Henrik Andersson.  In addition, the author was also referenced by Deanne Stillman for her book “BLOOD BROTHERS: The Story of the Strange