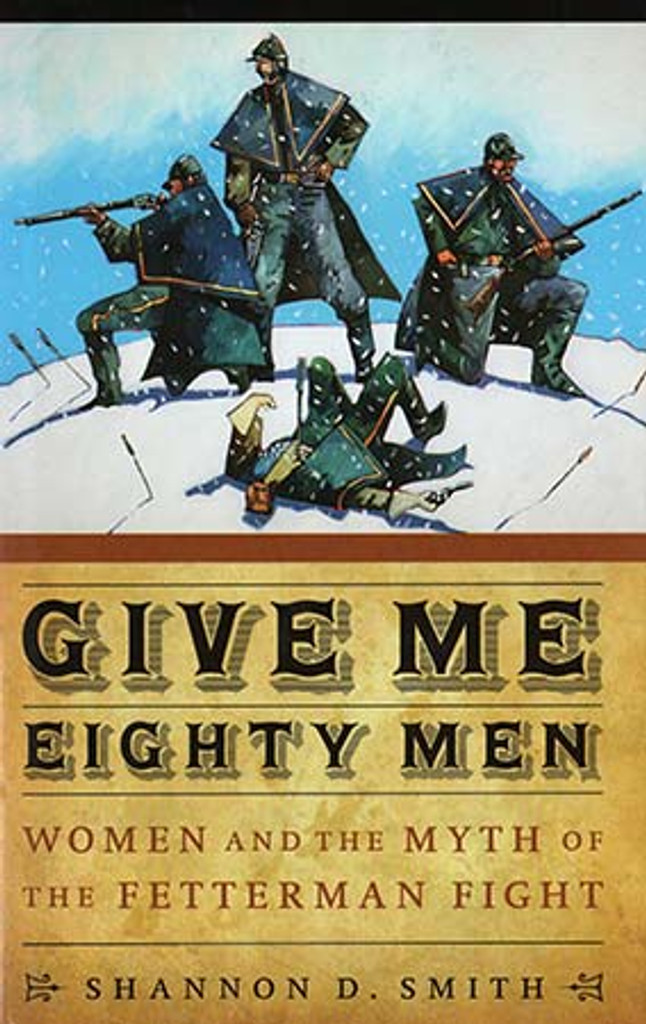 Book - Give Me Eighty Men: Women and the Myth of the Fetterman Fight

The story of what has become popularly known as the Fetterman Fight, near Fort Kearney in present day Wyoming in 1866, is based entirely on this infamous declaration attributed to Capt. William J. Fetterman. Historical accounts cite this statement in support of the premise that bravado, vainglory and contempt for the fort's commander, Col. Henry B. Carrington, compelled Fetterman to disobey direct orders from Carrington and lead his men into a perfectly executed ambush by an alliance of Plains Indians.

In the aftermath of the incident, Carrington's superiors - including generals Ulysses S. Grant and William T. Sherman - positioned Carrington as solely accountable for the "massacre" by suppressing exonerating evidence. In the face of this betrayal, Carrington's first and second wives came to thier husband's defense by publishing books presenting his version of the deadly encounter.

Although several of Fetterman's soldiers and fellow officers disagreed with the women's accounts, their chivalrous deference to women's moral authority during this age of Victorian sensibilities enabled Carrington's wives to present their story without challenge. Influenced by these early works, historians focused on Fetterman's arrogance and ineptitude as the sole cause of the tragedy.

In this fascinating book, Shannon D. Smith reexamines the works of the two Mrs. Carringtons in the context of contemporary evidence. No longer seen as an arrogant firebrand, Fewtterman emerges as an outstanding officer who respected the Plains Indians' superiority in numbers, weaponry and battle skills. Give Me Eighty Men both challenges standard interpretations of this American myth and shows powerful influence of female writers in the nineteenth and twentieth centuries.