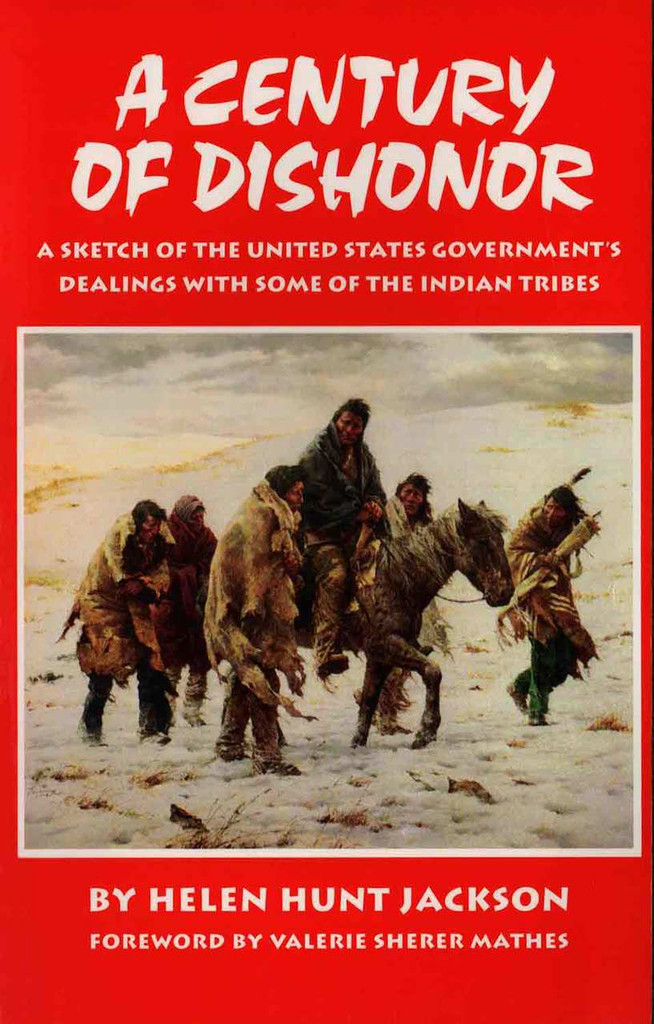 First published in 1881, Helen Hunt Jackson's A Century of Dishonor is a classic account of the U.S. government's flawed Indian policy and the unfair and cruel treatment afforded Norther American Indians by expansionist Americans.

Jackson wrote the book as a polemic to "appeal to the hearts and conscience of the American people," who she hoped would demand legislative reform from Congress and redeem the country's name from the stain of a "century of dishonor." Her efforts, which constitute a landmark in Indian reform, helped begin the long process of public awareness for Indian rights that continues to the present day.

Beginning with a legal brief on the original Indian right of occupancy, A Century of Dishonor continues with Jackson's analysis of how irresponsibility dishonesty and perfidy on the part of Americans and the U.S. government devastated that Delaware, Cheyenne, Nez Perce, Sioux, Ponca, Winnebago and Cherokee Indians. Such notable events as the flight of Chief Joseph of the Nez Perce and the Cherokee Trail of Tears illustrate Jackson's arguments.

Valerie Sherer foreword traces Jackson's life and writings and places her in the context of reform advocacy in the midst of nineteenth-century expansionism. This unabridged paperback edition contains an index and the complete appendix, which includes Jackson's correspondence concerning the Sand Creek massacre and her report as Special Commissioner to investigate the needs of California's Mission Indians.

Book - Lakota Texts: Narratives of Lakota Life and Culture in the Twentieth Century