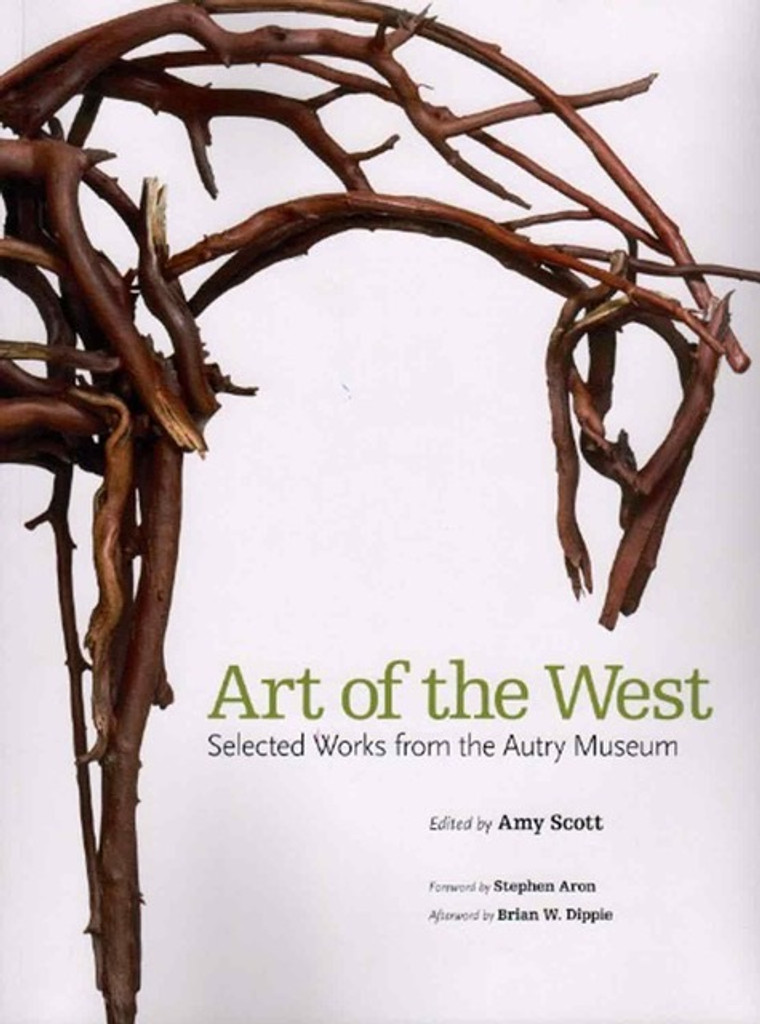 Art of the West: Selected Works from the Autry Museum - Book

Since its founding in 1988, the Autry Museum of the American West has expanded its vision and its collections in profound ways. From its original focus on the history, art, and popular culture inspired by the West and its attendant myths, the museum—located in the heart of Los Angeles—has evolved to embrace a more inclusive, complex, and contemporary approach to the American West. Featuring more than 150 color images, this volume highlights the museum’s Art of the West exhibit.

Alongside these celebrated works of art, Art of the West showcases essays by prominent scholars and art historians who address various topics, ranging from motorcycles to beadwork and photography. Essays devoted to women’s art, Native American art, and Chicano photography are important correctives to more traditional and linear models of western art history, with its emphasis on rugged masculinity, Anglo-American pioneers, and the myth of an “untamed” frontier. As Autry Museum curator Amy Scott explains in her introduction, there is not one West; instead, many Wests, comprising diverse collections of places and peoples, form a “complex tapestry of ethnic mixing and geopolitical spaces, diaspora, immigration, industry, infrastructure, tourism, and environmental degradation.”

By addressing such provocative themes, Art of the West challenges us to look beyond surface appearances, superficial caricatures, and cultural assumptions. The American West emerges as a dynamic place in which memory informs, but does not determine, the present.

The Art of Howard Terpning - Book